I was having a conversation with my grandfather over the weekend about the work I have been, and will be, doing for St. John’s Cemetery, Parramatta. When I mentioned that I would be writing a biography of a convict buried in the cemetery for The St. John’s Cemetery Project, he inquired as to whether there could be enough information to write about a common individual. I explained that there is often a lot of information to be found in official records. But then he asked about what more I would say after presenting the simple facts of a trial, transportation, and death.

How could I possibly write a biography that is deep enough and interesting enough to capture and hold a reader’s attention?

This got me thinking about how history is more than just presenting facts. It’s about the writing. It’s about the story. The multitude of stories. History is not just one continuous story, it’s more like a room full of strings. You pick a thread and follow it along to see where it goes. And there are plenty of strings following off from that thread, each with their own stories, told in their own ways.

Over the last couple of months, I have been working on compiling lists of the Female Factory inmates and their children who died at the Factory and are buried at St. John’s Cemetery, Parramatta. I began by going through the photos of each page in the burial records. I would scroll through each page, looking over the quality or profession column for the golden words “Convict; Factory.” The first time I found those words it was a moment of excitement. After scrolling through almost four years of nothing about the Female Factory, seeing those magical words marked the beginning for me. I then took the information from each cell in the records and wrote it into the word document set up purely for recording all the information about those buried in the cemetery and connected to the Female Factory.

Then came the fun experience of deciphering the handwriting. I have some experience in reading bad handwriting every time my birthday comes around and I try to read the birthday wishes of some of my older relatives, but as I tried to read the names and numbers scrawled in the records I realised how much I relied on context to guess the words. Trying to read a word by itself is much more difficult. You have to try to decipher each letter while also putting it in context with the rest of the word. There is also the spelling, which is astonishingly bad at times. After going through name after name and place after place, you suddenly realise that you can’t seem to work out any words anymore and you end up spending ages on single words, writing down letter by letter the word you think is there before finally moving on to the next word. It’s only when you come back to the page the next day that you realise you were looking too close and that the name now reads more clearly than ever.

There’s nothing more satisfying then solving a word though. After staring at the same name for a number of minutes – looking at it from different angles, trying to work out each letter individually to put together some sort of coherent name – striking the Eureka!! moment comes with great excitement and relief. I was surprised at how much I have enjoyed doing these lists. I knew they wouldn’t be boring, because like cemeteries each name is a thread of history and just the possibilities of what lies along those strings intrigues me to no end. Because behind every name, ship and date is an entire life. Not always a long life, but always a story sitting along that thread.

After going through the burial records, there are always plenty of gaps in the lists. Then comes the task of trying to fill in those gaps. At this point, I turn to the internet (the place of infinite answers), specifically the Claim a Convict website.

The Claim a Convict site helps to fill in some of the gaps left by the records, especially the ships that individuals came to Australia on or confirming the identity of the mothers of children buried in the cemetery. It generally has more detail than the records and is certainly much easier to read! This extra level of research really fills in the lists and it always feels good to find that missing piece, but it can often lead to more questions. There are times when the gap is so big, it could potentially be filled with a number of pieces. At that point, all you can do is write down the possibilities, and hope that later down the track you will have time to dig a little deeper. And that the information you need is still out there.

It’s always amazing what stories are told with the little information found on the records. For instance, the recurrence of names never ceases to amaze me. The number of Margarets, Marys, Elizabeths and Anns dominate the pages and show how popular those names were, not to mention how they have survived through the ages. And the different ages of each individual spark the imagination as I think over what kind of life they led, or what sort of person they were before they died. You end up thinking about what they did with their lives, what they thought of their lives, what they thought they would do with their lives. And for the children, you think about their mothers, about how many children they had lost, about whether they had more children, about what the rest of their life was like.

The records have been fun to look through and they have certainly highlighted to me how the smallest amount of history can tell a story and how many stories are out there. Each person has a history and there’s a lot more recorded than we realise. These convicts, given a sentence likened to death, have more left about them than they probably ever thought there would be. Each story can be found, and though they will never be complete, the names in these records will always be available, right next to their list of crimes. History is never black and white, nor is it ever just the recitation of facts. There is embellishment – historians have to fill the gaps somehow – and there is definitely an agenda with every article, book or show talking about history. But that’s what history is; it’s the telling and retelling of past events in a way that will capture the audience’s attention. In the end, history is simply a form of storytelling.

Suzannah Gaulke is an undergraduate student in the Department of History at the University of Sydney and is volunteering as an intern with SJCP for the next few months in partial fulfilment of her course requirements. 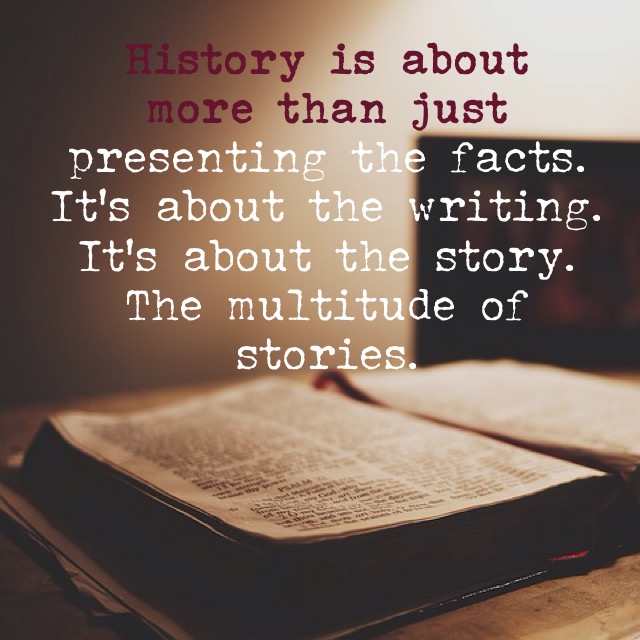